“Congratulations! You’re having a baby!” These words brought me joy and delight. A new chapter in my life to celebrate, as the journey of my first pregnancy unfolds.

Motherhood sounds beautiful and exciting, but it also sounds scary. When you hear the stories of what becoming a mom is like, you hear it all—the good and the bad. Stories of the profound love you feel for the baby to the horror stories of physical pain are most often shared.

Then there is the less often-talked mental health topic that some new mothers find themselves swamped by: postpartum depression.

Postpartum depression (PPD) is a mood disorder that begins in a woman after the birth of a child. It manifests with mild to serious symptoms which last for weeks or months. PPD is a medical illness and can affect a mother of any age, race, culture, income or educational background.

As a soon-to-be mother, one part of me wants to learn and be aware of PPD as it affects 10-15% of mothers yearly. But another part of me wants to avoid the topic altogether. PPD feels intimidating because the causes are unknown yet varied and there is a long list of PPD symptoms.

Wouldn’t it be nice to learn about the mental health issue of PPD in a way that leaves you feeling more in control and empowered? As I prepare myself for motherhood, I learn more about PPD from books and published papers to Instagram posts and online parent forums. I find some ways that can make learning PPD more settling for potential and new mothers. Below are three ways that I believe communicating about postpartum depression can be done in a more approachable way. 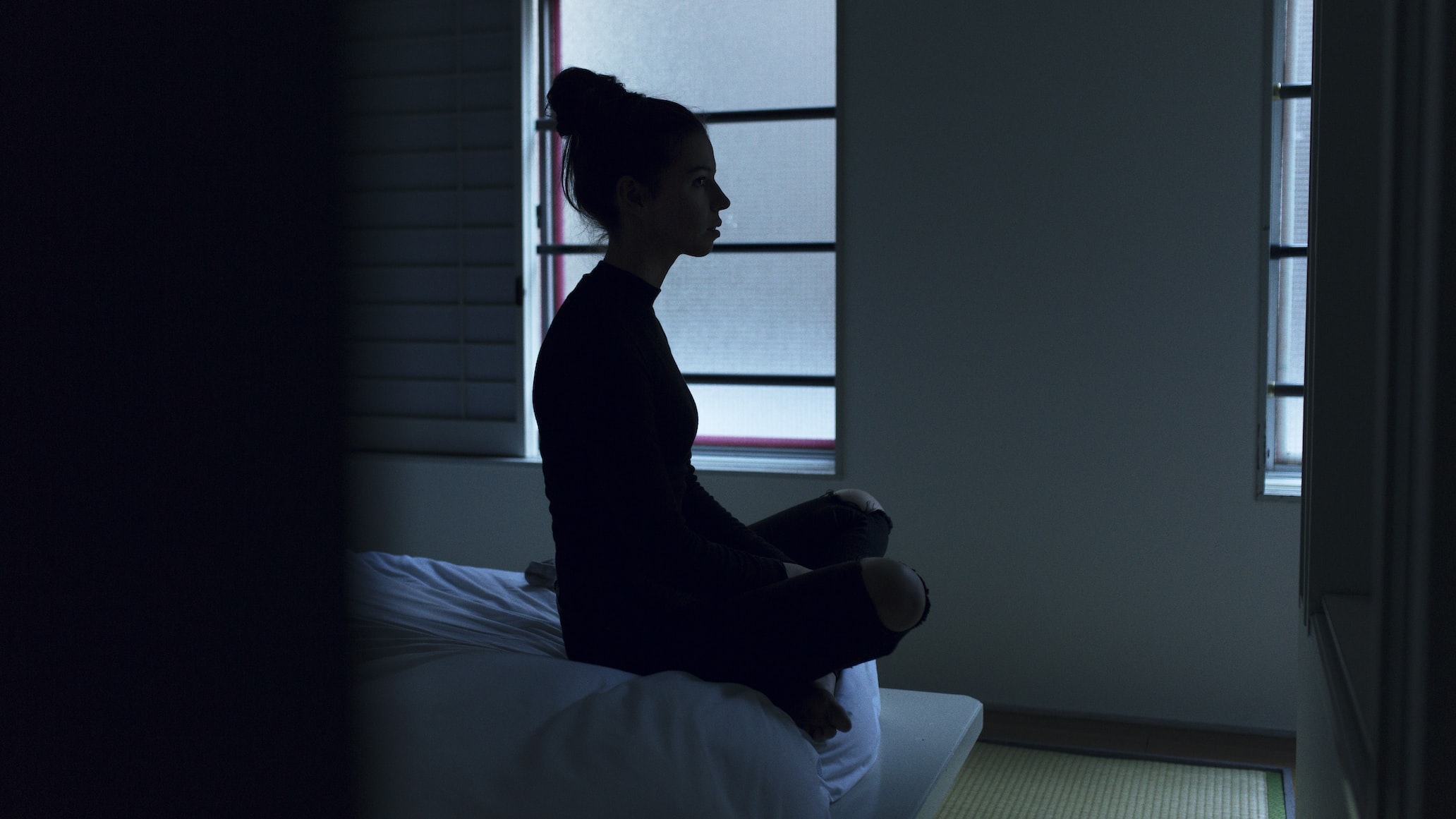 A woman’s side profile silhouette, sitting crossed-legged in a blue-toned bedroom. Credit: Unsplash

1. Share True Stories of PPD, Even the “Ugly” Ones

PPD, on the other hand, is less common than baby blues and more intense. As the stories of the common baby blues shared, the rather severe aspects of PPD may not get highlighted as much.

There are multiple reasons why postpartum women avoid sharing their negative thoughts such as they are the only mother to have felt this way, they will be deemed crazy, their baby will be taken away from them or they will be judged as a terrible mother.

Knowing that PPD is a “serious condition” according to a recent paper or that it is “more intense” than baby blues because the doctor said so doesn’t explain the gravity of PPD the way real raw story-sharing does. Sharing honest PPD stories creates awareness. This awareness can change the perspective on PPD and help people see PPD as a mental health issue that requires treatment rather than an issue of being a “selfish” or “mean” mom.

In a TedTalk video, Auburn Harrison, speaks up on how she suffered PPD. She candidly tells the crowded room that her ceiling fan chanted to her to “singe their clothes,” or to burn her family. Saying this on stage must be challenging, but it’s by speaking about her difficulties and how she has recovered that other women can feel understood, supported and hopeful.

Communicating about postpartum depression and sharing personal stories of PPD-affected women with consent, whether anonymous or not, can help new mothers identify and open up about their PPD.

2. Emphasize that PPD is a Problem Not Only for Women

While new female mothers are most commonly known to suffer from PPD, new male fathers are not always free from the burden of PPD either.

Fathers can also suffer from PPD. A new father’s irregular routine, bodily hormone shifts and more can lead to PPD with the same symptoms a mother would experience.

The fact that parents, not just mothers, can have PPD should be emphasized. This can help in a few ways.

The mother suffering from PPD should seek professional help for their own well-being. However, knowing that men too can have PPD can help women take their own PPD more seriously and not wait for it to go away with time. Knowing and communicating about postpartum depression, among both men and women, can help destigmatize the condition further.

3. Use Social Media to Communicate about PPD

It’s nice to have easy access to credible PPD information, guidance, tips and more. Learning about PPD with a few clicks is easier than making an appointment, commuting and so on. While a social media account raising awareness on PPD cannot replace professional treatment, it can push women in the right direction to seek diagnosis and treatment.

A lot of health experts from diverse niches take advantage of social media platforms to communicate their expertise. They blend the professional with the personal; this makes the topic at hand more relatable and engaging. Social media posts, like an Instagram image, are bite-size, time-friendly and visually creative. Hence, an expert on PPD can make powerful use of these social media platforms.

A new mother following a PPD social media account may actively engage in the comments or be a silent watcher. Either way, they are likely to gain a sense of community in maternal and mental health.

Perhaps a face-to-face appointment or a formal video call is important. But sometimes it’s easier to get to that step after you have familiarized yourself with PPD experts and PPD topics in the comfort of your own home.

All in all, PPD is a real mental health condition. There is no shame in being diagnosed with PPD nor in receiving professional treatment for PPD.

PPD may still carry stigma, making it harder for new mothers and fathers to seek help and get better. Nevertheless, communicating about postpartum depression through science communication has the power to destigmatize PPD.

When the severe, yet curable, symptoms of PPD are normalized and openly communicated, it can greatly help new mothers, new fathers and even their newborns.

I aim to communicate female health.